A hacker's journey towards becoming a scratch golfer

I first bought a set of golf clubs in 2010, a client of mine got into the game and like most people I guess I wanted to tag along.  They were a set of Ping G10s with big old cavity back.  They helped me hack it round and get the ball in the air but this past few months after having decided to get serious at this sport I went to my local American Golf at High Legh Park Golf Club and got fitted out.  I cannot recommend the service enough to fight the right clubs for you.  Here is what I went with:

Earlier this year I tried out the M1 driver from TaylorMade but I just couldnt get any confidence with it.  There was just too much to adjust which put questions in your mind even before teeing up.  So swapped it for the M2 which is great – nothing to play with just a straight forward driver.  You will also notice the guys on Tour preferring this to the M1 – even Tiger went to it after Nike pulled out of equipment.  I couldn’t tell you a thing about my swing speed but apparently its pretty quick – so they put me in a stiff shaft over a regular.

I didn’t try any other woods to be honest, I just love a nice looking matching set to go with the Driver.  So an easy sell.  Went with the stiff shaft again.  I do not use any hybrid clubs.  I just enjoy my full woods and long irons so I never reached for one.  I have tried them out but just left them redundant. 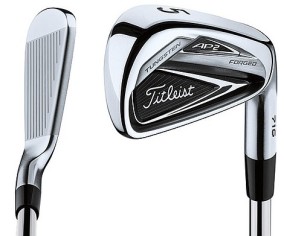 I always fancied a set of Titleist irons.  Not that it made me get these, the brand just feels like a serious golfer would use them.  Good marketing I guess.  In the fitting session I got a feel that I was hitting these the furthest but also caught the sweet spot the most times compared to everything else I tried. 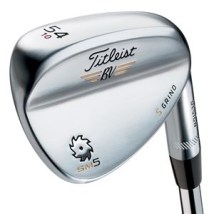 I picked this set up last year when I realised that I also needed to get wedges fitted to my height.  I found that helped a lot as my clubs are slightly longer than average, before I had them fitted it was easier to top the ball or stuggle with ball striking because I wasnt setup correctly. 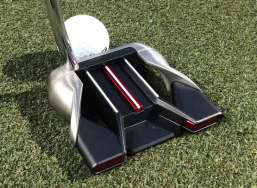 I tried out a few different putters with Damian and as soon as we held this one we both agreed the weight of it just felt great.  I think it gives you a true feel for weight and touch around the green.  Hasn’t quite helped my dodgy putting yet though!

I am your average amateur high handicapper. A hacker. I started this blog in December 2016 with a handicap of 20.8 with the goal of one day being a scratch golfer. Don't we all? I really believe that I will and this blog will document the journey towards that goal. Thanks for stopping by.
Follow Twenty2Scratch on WordPress.com
%d bloggers like this: